On the 13th of September 2022 the Uranus system will occult the star UCAC4 535-005486. The stellar magnitude is in the visible around 11m9. This is a very big difference compared to the 5m7 of Uranus. However Uranus is significantly dimmer in the near infrared due to its methane component in its atmosphere. Measurements of the star versus Uranus have given the folloing ratios for the sloan g', i' and z' band versus the planet.
Using an 11inch telescope with the filters the ratios star divided by planet have been measured as follows:

This means that the star is about 15 times brighter (about 3 mag) in the z' band as without any filter as compared to the Uranus disk.
The situation is of course much better, if the imaging is done in the K-Band or similar.
The following graph produced by OCCULT software shows the situation of the occultation at the beginning of the occultation by the major part of the rings: 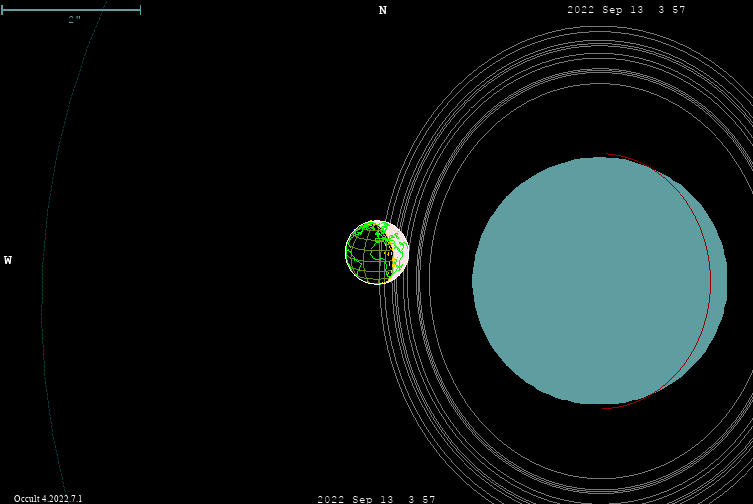 Half an hour later the situation is as follows:

The general situation of the occultation is given in the following graph, produced by OCCULT software: 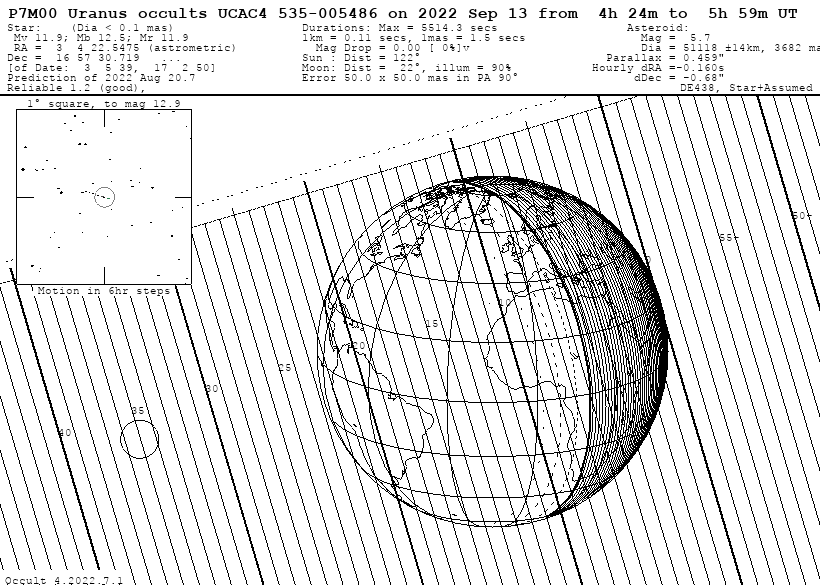 The contact times for the different rings for different observation sites in Europe you can find here.