On 2022 July 9 a stellar occultation of HIP 107569, SAO 164648 (8.7 mag, spectral type F0V) in the constellation Capricornus by Saturn's largest moon will be observable from large parts of the US, including Hawaii, whole Central America and the northwestern part of South America.

The centre line is predicted to cross the Bahamas, Cuba, Belize, Guatemala and southernmost Mexico.

The combined magnitude of star and moon of 7.9 mag will drop to 8.5 mag, the apparent magnitude of Titan at the time of occultation. The angular separation between Titan and Saturn is 3 arcmin, so no glare from the planet should disturb the observation.

Disappearance and reappearance of the star could be gradual due to Titan's atmosphere. Titan will occult the star with a maximum duration of 326.6 s on the centre line. A central flash could be observed on the centre line as well. Watch out for a peak in the light flux close to mid-time of the occultation. 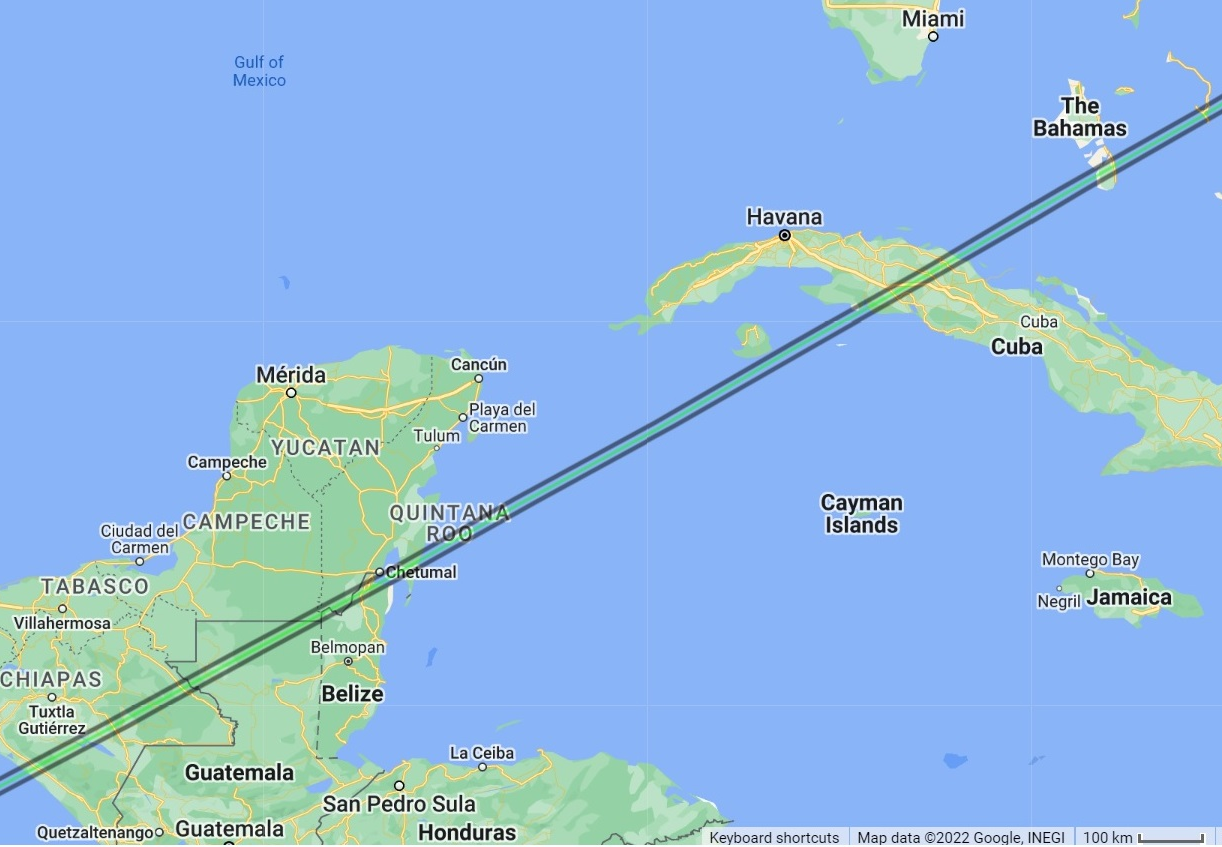 IOTA has a special webapge for such events with D and R times for different locations and a Google map file of the centre line.


Saturn's satellite Titan is the target for the upcoming NASA mission Dragonfly. Launch is scheduled for 2027, arrival at Titan in 2034. This will be the last opportunity to observe a stellar occultation by Titan for a long time. The next observable occultation will happen on 2048 August 16 when the path will cross Antarctica.
Therefore: Don't miss this rare opportunity!