The determination of long-term variations of the solar diameter is one of IOTA's objectives. Therefore IOTA/ES has reinstalled a working group on the reduction of solar eclipse data. To gain valuable data, Baily's beads have to be recorded and thoroughly timed along the edges of the eclipse path. 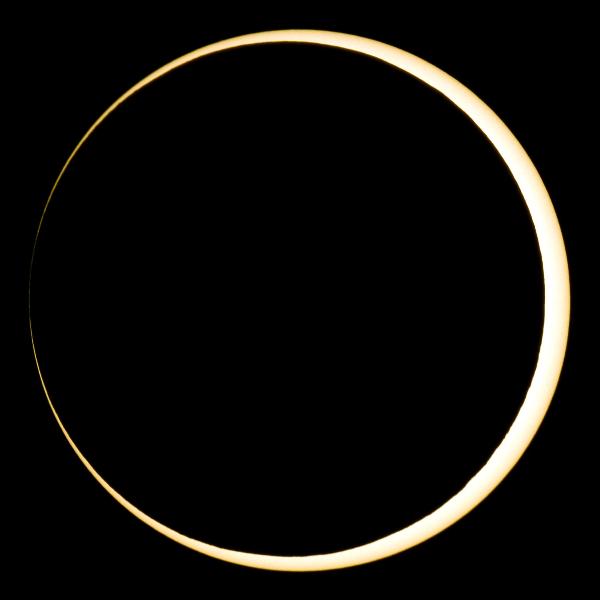 According to informations from several observers and teams, the northern edge of the annular eclipse on October 3rd apparently was covered much better than the southern one. Also the weather prospects for southern Tunisia were more favourable than for Iberia. So I decided to go to the only place at the southern edge in Tunisia, which was accessible via a paved track: Matrouha, a tiny oasis in the Sahara desert close to the Algerian border and south-west of the vast salt lake Chott el Jerid. When we arrived it was raining in this normally dust-dry area. The Chott itself, normally a concrete-hard salt plain, had become a salt swamp or even a lake. Unbelievable! But the eclipse day was clear and sunny. 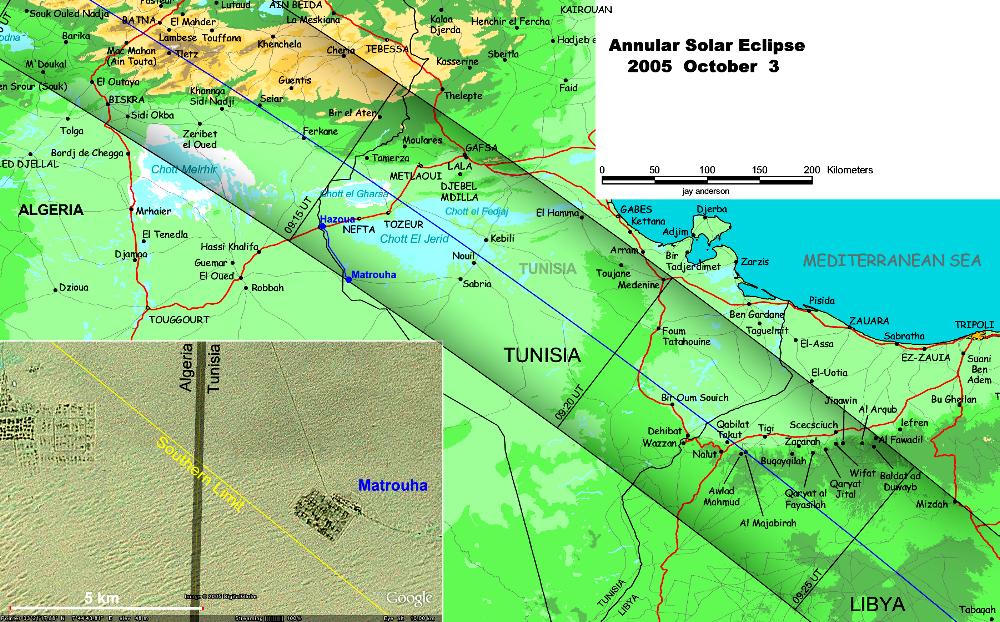 " Torsten Schaefer and myself built up two webcam stations for Baily's Bead recording near Matrouha. Michael Schmidt completed our team from Mainz/Germany - you may have a look on some of his photographs on http://www.mathe-schmidt.net/INTBILD.HTML.

In Tunisia we met Konrad Guhl from Berlin and his family, who successfully operated another two stations in the palm grove of Matrouha.

Despite all successful tests in advance, my own webcam station failed due to a software crash just before the maximum of the grazing eclipse. 200 m inwards the eclipse path Torsten Schaefer successfully recorded a webcam video of Baily's beads.

"
I had scheduled the positions of our stations using the Baily's bead module of Dave Herald's program winOccult 3.1.0. Although the stations were spaced by only 400 m perpendicular to the limit line, Torsten was definitively within the zone of annularity, while Konrad was just outside, as intended. Well done, Dave!