A new update for the astrometry has been issued by Josselin Desmars. Important for European observers:
The occultation track remains in central Europe.

Observations were made in Sierra Nevada and Calar Alto led by Jose Luis Ortiz and reduced by Marcelo Assafin and Julio Camargo.
The prediction is now much more accurate and remains very favourable for Europe but keep in mind that the event can occur everywhere in Europe/North Africa so observations, even outside the path, are welcome.
Here a map centered on Europe (the shadow goes from North to South). Each blue dot is spaced by one minute and the big blue dot corresponds to the nominal occultation. The red dotted lines represent the 1 sigma uncertainty. 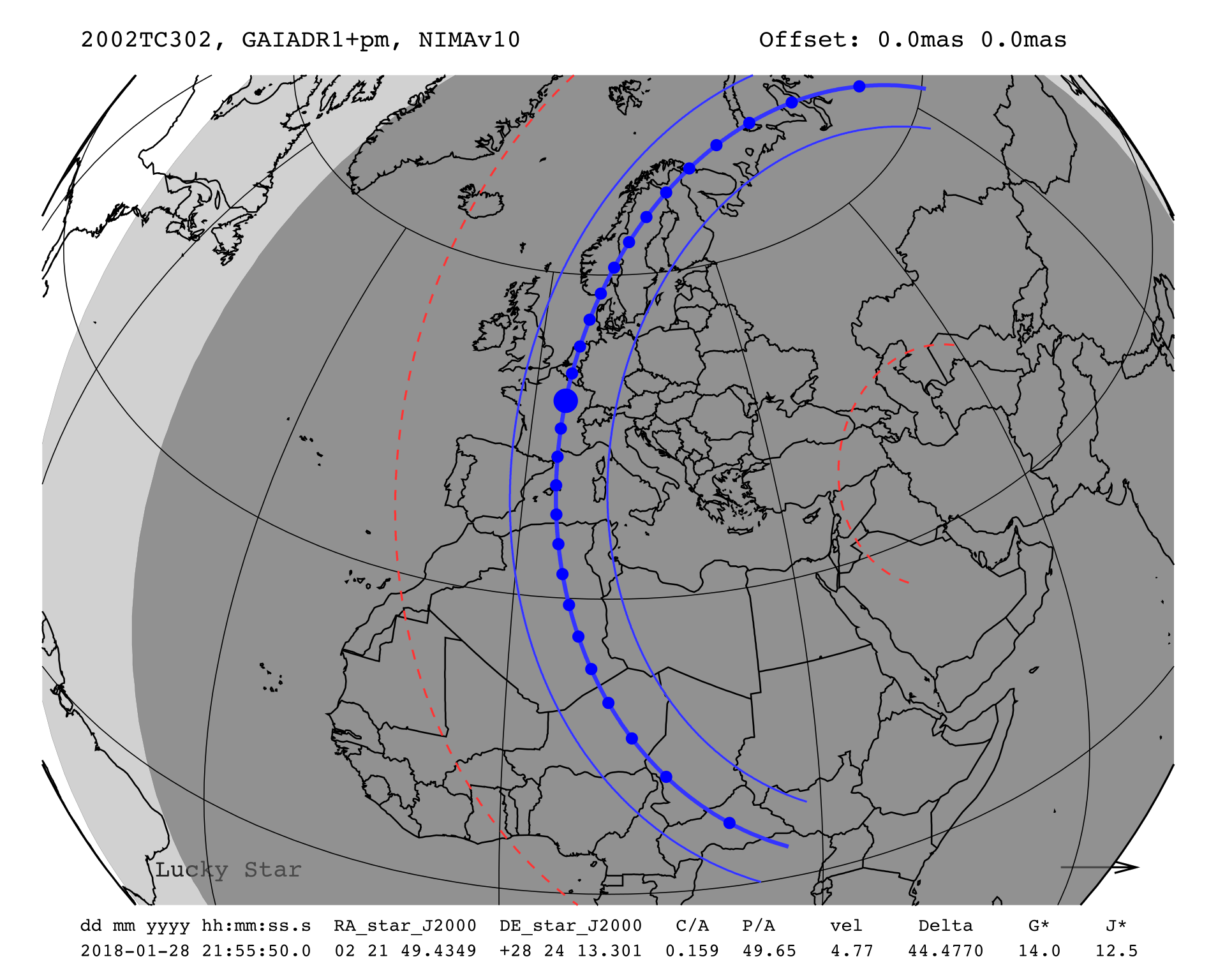 A projection onto the whole earth is givcen in the following: 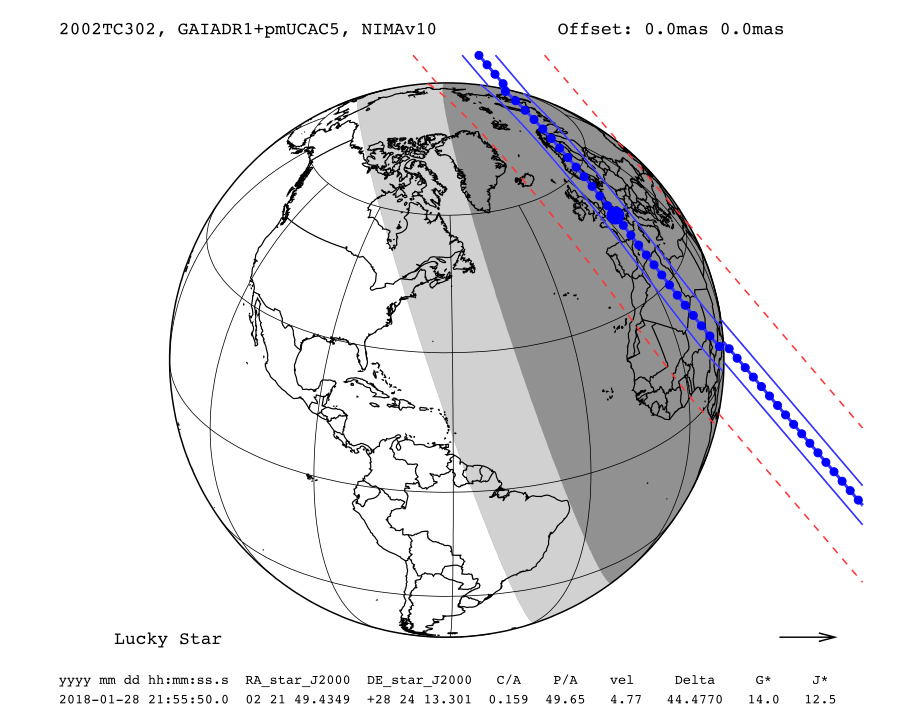 Keep in mind the new prediction has a slightly earlier central time for the occultation as compared with former predictions, around 21h55min UTC. Observations are requested at least 15min before and after the occultation time (around 21:55 TU depending on your location).


Here more informations about the occultation.

The star G* and J* magnitudes in the graphics are the G (from Gaia) and J (from 2MASS) magnitudes, normalized to a body moving at 20km/s in order to enhance very slow events. In this case, the movement of the shadow is slow, around 4.8 km/sec. This allows the use of even slow cameras, the spacial resolution of the measurement is around 5 km, if a 1 sec exposure time is used. This makes it an easy event, even for instruments of the 30cm class or less.

The event is very favourable, even if the uncertainty of the prediction is low. Keep in mind, that the possible occultation area covers one of the most higly populated area with telescopes in the world. Many experienced observers are in this region!

This is a unique chance to get more infos about this object in a distance of more than 44 astronomical units. The scientific rationale of the observation is to determine a precise deiameter and shape of the body. This would allow a more precise determination of its volume and consecutively of its mass and density. 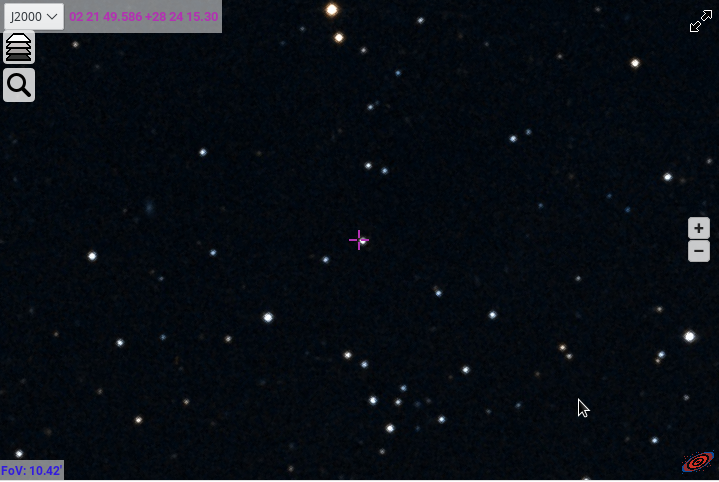 More information will come shortly before the occultation, perhaps a new prediction. If you observe the event, please report either to myself or to J. Desmars or B. Sicardy.